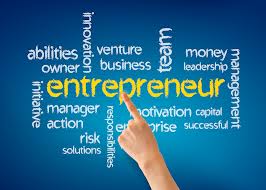 The world of entrepreneurs is as innovative as the discipline itself. That’s why many of the traditional accreditations and backgrounds necessary for other jobs don’t always apply to young entrepreneurs who are looking to make their mark in the business sect. This applies double for international business, where technologically savvy countries are not always following the beaten path in finding new employees and business ties. This can be largely attributed to the influx of independent companies and entrepreneurial services that have sprung out of the field in the likes of China and Japan.

Accreditations like MBA degrees are never wasteful, but with today’s technology providing easy access to networking from websites such as LinkedIn, things have certainly changed. It’s become less important for entrepreneurs to compile the necessary paperwork and more important for them to actually launch their product and make a name for themselves directly with the market.

Additionally, the importance of credits like MBAs has been impacted by the changing values of the global economy and business as a whole. Technology no longer requires so much investment in order to get a project off the ground, and with less money comes less risk. With less risk comes more companies who are willing to give independent programmers, creators, and distributors a chance after they have launched their own product and demonstrated their business acumen first hand.

Many businesses have treated degrees as preparatory necessities that prevent the hiring of people who cannot execute or conceptualize their ideas. Interestingly, the ‘do it yourself’ age of the online marketplace gives independent entrepreneurs the opportunity to conceptualize and execute their own product as a far more convincing resume. More pointedly still, MBA degrees are now coming under criticism as being out of touch with the modern business market due to their large focus on research and little focus on applicable skills and firsthand experience.

This isn’t meant to discourage academia, but it does highlight a potential weakness in the traditional status quo that entrepreneurs can seize on and exploit both domestically and internationally.

International entrepreneurship has many silver linings, particularly in cases in which a business is functioning out of a country or province that is markedly cheaper than other countries. The cost of living combined with the cost of operations is often a reason in itself to launch an independent business abroad. There are dozens of stories filling the independent channels of communication about these circumstances producing successful results.

However, independent operations for large scale businesses can be exceedingly difficult, especially when exports and imports are involved. The cost of creating a channel, acknowledging buyers and vendors, and then overseeing the operations is often a tall order for a small company. Fortunately, technological automations have gone a long way in minimizing the manpower needed for many activities.

The State Of The Stats

Small businesses make up roughly 75% of America’s private sector, which means that the business market is still ripe for new and innovate approaches despite the economic woes of late. By that same token, however, the vast majority of these small businesses — an estimated 72% of the total, in fact, use college experience or higher. Frequent exceptions to the rule come from the tech market, where confident newcomers can establish themselves by launching their own software and then cobbling that experience together into a persuasive resume for larger independent operations.

The gap between independent professionals with accreditations and independent professionals with little in the way of academic paperwork is still there, but it’s being shortened by the wild cards of technology. Today’s entrepreneurs stand a better chance at finding an independent job in international business than ever before, and that chance is relatively evenly split between those with the proper credits and those who blaze their own trail through the digital domains of online business. Those entrepreneurs who do decide to take the road less traveled must still exploit the market where they are able to do so. This often involves building a reputation and work history among professional social media groups that work on software and programming ventures.

The online world is universal, after all, and the lines between domestic and international business are continually being blurred by the geographically blind talents of the internet.