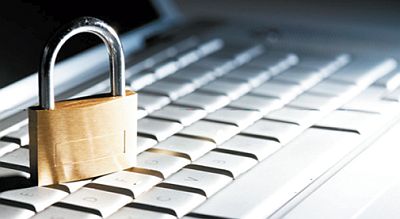 Cyber crime is the criminal enterprise of our age. In the same way that the Cold War feared spying by enemy agents and the turn of the last century was terrified of anarchist bombings, cyber crime has come to define what it is that we are most afraid of. Perhaps most prominent of the varieties of these crimes is corporate cyber crime, which by some reports costs billions of dollars every year. But we are often very afraid of things we don’t understand, so why don’t we take a look at what corporate cyber crime actually is.

Cyber crime is leveraging the power of the internet in order to defraud, spy on, or otherwise violate the private systems of other individuals. Corporate cyber crime is focused specifically on large companies and trying to gain access to their systems for a variety of reasons. Some of those reasons include attempting to gain access to proprietary data like formulas for products, whether it be a new medication or simply how they make Coca-Cola, trying to access business plans and intended corporate strategies, attempting to gain personal information about employees of the company, or trying to maliciously alter data for one reason or another. Having access to a corporate database gives a hacker amazing amounts of power to do incredible damage with little more than erasing a file or changing a few numbers.

While there are highly technical ways of gaining access to corporate systems, the most common ways are fairly low tech in their method, if not necessarily in their execution. Since the beginning of spying, those involved in espionage have relied primarily on their ability to convince people who have access to sensitive information to give the spies access as well. Modern cyber criminals do much the same thing, but they do it online and usually in exchange for passwords. There are three primary ways in which this is accomplished.

There are also a number of security holes in any operating system or connection client. In a system that is designed to communicate to outside actors, it’s sometimes very difficult to make sure that all of the extra access methods that creates are closed. Techniques like packet sniffing can also be employed, where somebody can “watch” the data being transferred over a wireless network and pick out important information.

There are a number of methods that corporations use in order to try to avoid these types of breaches. First of all, they usually will use a Unix based system for most of their networking. While employing this form of operating system with every computer in the company would be even more secure, they are often difficult to use, so companies are forced to provide Windows or Mac machines instead. They also employ cyber security teams to keep an eye out for potential security holes.

Something that many companies have started doing is putting highly sensitive information on closed networks with no access to the outside world so that enterprising cyber criminals have to be physically present to access them.

More than that, though, companies are starting to require that their employees undergo training designed to help them recognize when a hacker is trying to manipulate them into sharing company secrets and what they should do if this happens. More than anything, humans are the easiest piece of any security plan to exploit, so arming them with knowledge can help to significantly reduce a hacker’s chance of getting what they want.

These types of attack don’t happen often, but it only takes one breach to be devastating. That’s why it’s so important that companies take cyber crime seriously.